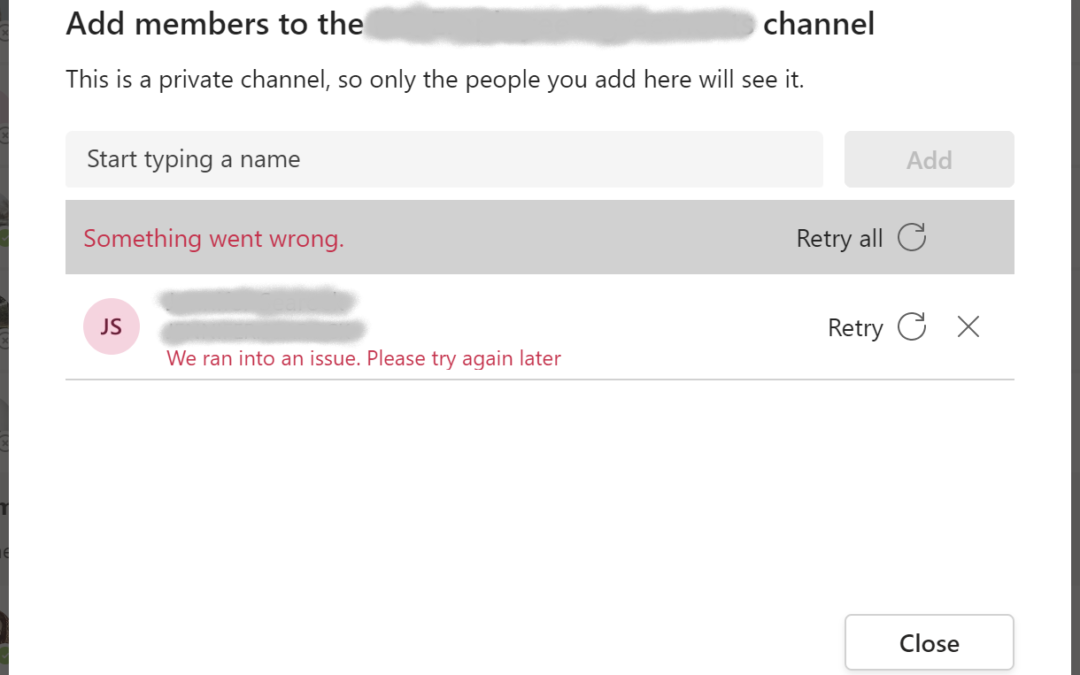 “We ran into an issue. Please try again later” 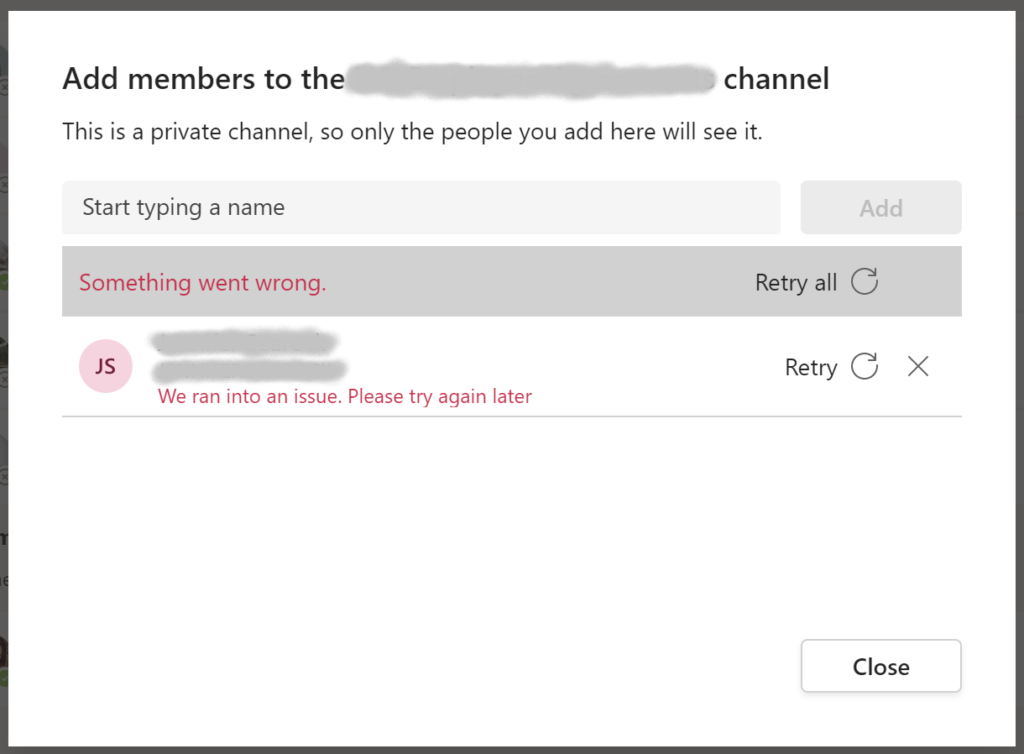 I tried adding the user through a web browser, through the Teams desktop client and then even tried a supposed work around of using an Android phone to add the user (which did in fact show that the user had been added, but ultimately in the cloud, this wasn’t the case).

I also tried adding the user, which I had confirmed was active in the Team, to the required channel, but got the following error message.

The User ID (or Object ID in Azure AD) was listed in the error message.

Knowing how Microsoft tends to have weirdness in its cloud systems that can be resolved by any number of on/off kind of solutions, I deleted the user from Azure AD, waited about 2 minutes and then restored them in Azure AD. Sure enough, the user now appeared in the user list properly. I had to wait about 10 minutes for everything to synchronize across the systems and then I was able to add the user to the channels in both PowerShell and the various GUIs. Problem Solved!