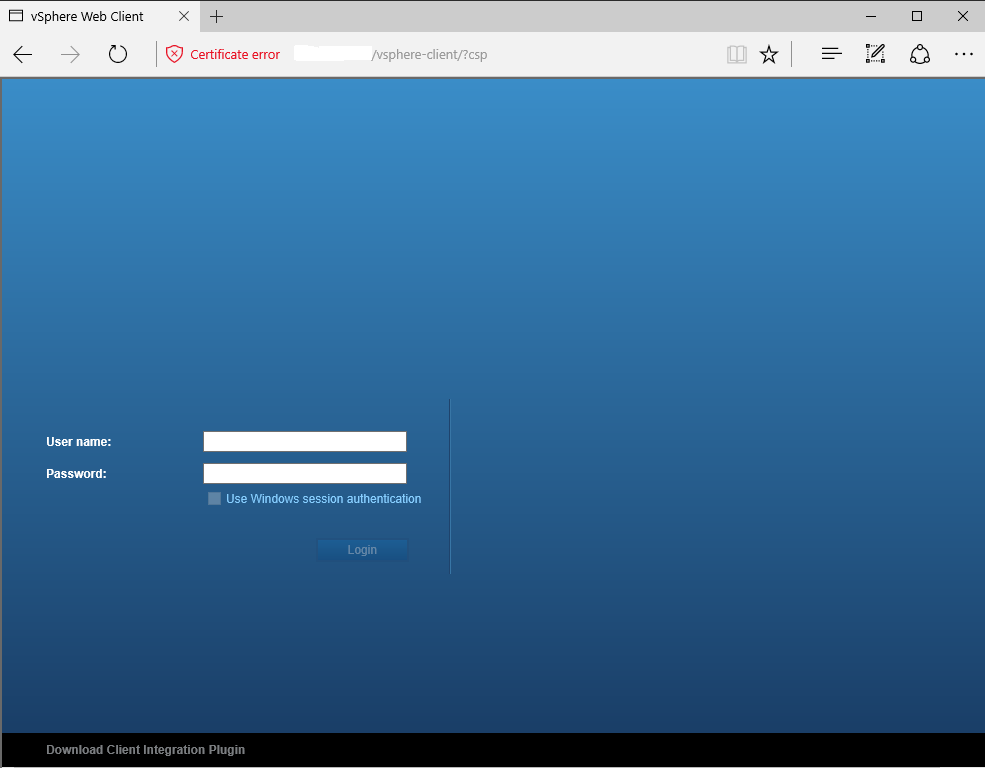 If you’re looking for the vSphere Web Client, look no further. So many people search Google every day trying to find the vSphere Web Client download and get lost and confused. VMware has done a great job of keeping things quite confusing in a number of realms and this is one of them. I’m going to provide you with the answer, but expect to be a tiny bit disappointed.

(with one caveat below, so read on)

By the way, if you’re going to deploy the vSphere server, I highly recommend that you now deploy the vCSA (vCenter Server Appliance) virtual appliance. The vCSA is almost completely the same as far as features go with the added simplicity of being an appliance VM, not requiring a Windows Server license and also allowing for quick and easy updating via a web interface.

If you’re used to using the regular vSphere Client, you can download the vSphere Client from the article I wrote a few months ago.

Now there is a caveat to this as I mentioned up above. There is a vSphere HTML 5 Web Client that is based on the FLINGS projects from VMware Labs. This client allows for some, but not all, of the functionality of the regular Windows client. It’s somewhat complicated to deploy compared to the regular vSphere Client but it will do the job. Just follow this link to download a version of a vSphere web client here.