One of the more agitating problems I’ve dealt with recently was a project to install Dell’s OpenManage Server Administrator (OMSA) on a Dell R720xd server running ESXi 5.5. I had installed OMSA at another clients offices just the week before and had no issues whatsoever, but this time would prove different. 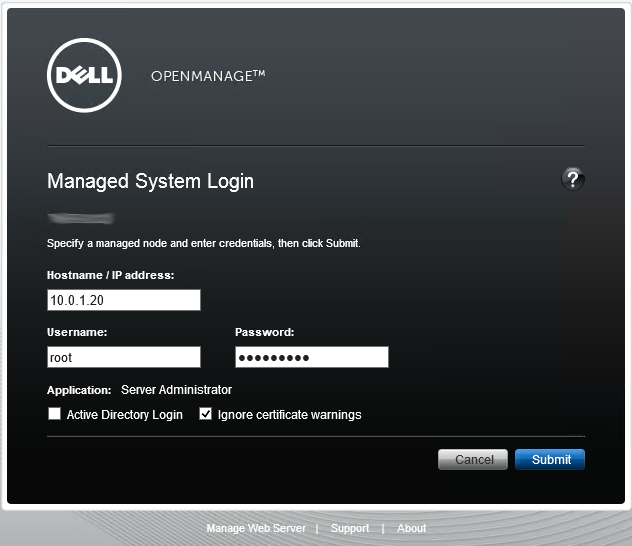 After trying to connect, I got the following error message: 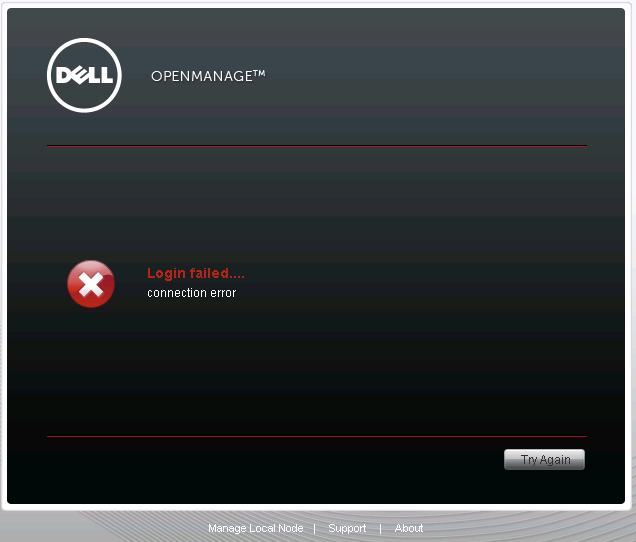 I went through some of the traditional troubleshooting steps, such as checking and rechecking that I was using the right IP address, username and password. I confirmed several times over that they were correct, but every connection attempt yielded the same error message “Login failed…. connection error”. So I started digging deeper.

First, I tried uninstalling and reinstalling OMSA several times, including various patterns of rebooting. Every time, the install seemed to go perfectly, yet I continued to get the connection error message.

Next, I enabled SSH and tried downloading the 5.5 OMSA build directly from the Dell OMSA ESXi 5.5 download location using the wget command on the host, just to make sure the installer wasn’t corrupted. Same result.

I decided it was time to dig a little deeper so I enabled SSH on the ESXi hosts again and started looking for the Dell OMSA related files.

I ran the following command to make sure OpenManage was installed:

It showed that OpenMange was indeed installed.

I found files that looked promising under /opt/dell/srvadmin/ and started researching. I tried to start the OMSA services as follows:

These error messages were very confusing, because those files that are “not found” definitely didn’t exist in those directories. The baffling part was, those files didn’t exist on the working hosts at the other client either, but OMSA still worked!

At this point, I was thoroughly confused. I called Dell Pro Support and started working through troubleshooting the issue with them. In the middle of having them troubleshoot the problem, without success, I decided to try something different on a whim that ultimately led me to the answer.

I got to thinking about it and wondered if for some reason the problem was possibly with the Windows Server 2003 server that I installed OMSA on for remotely accessing the ESXi OMSA install. I decided to load up my Windows 8.1 VM inside of Hyper-V on my laptop and install OMSA there. I did that and and then tried connecting to the ESXi Host, and low and behold, IT WORKED!

I kept investigating because I wanted to make sure it wasn’t a browser issue. On the Windows Server 2003 server, I installed the latest version of Chrome. I honestly expected that would solve the problem, but it didn’t. As it turns out, there is apparently a KB article inside of Dell that states that OMSA remote won’t work with Server 2003 because Server 2003 is missing pieces required for WS-MAN to work. Possibly .NET framwork pieces missing as well.

In the end, if you’re getting this error, make sure you check what operating system you’re installing OMSA on. Make sure it’s at least Server 2008 or later.